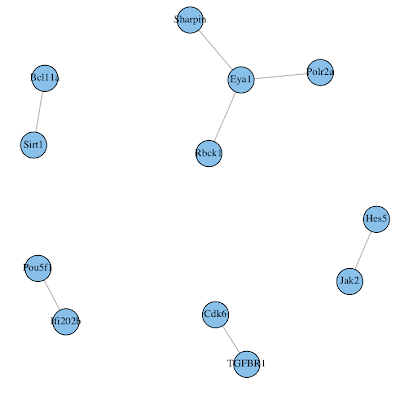 The network is simple and not fully connected but consider we obtained interaction for 5 genes out of 20 here only.
Posted by Unknown at 10:11 PM